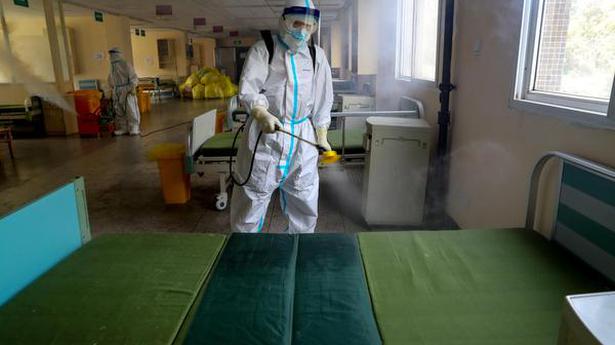 China has reported no new local coronavirus infections for the second consecutive day, but the number of imported COVID-19 cases sharply rose to 67 in a day after the deadly virus was brought under control in its epicentre Wuhan, health officials said on Thursday.

China’s National Health Commission (NHC) said on Thursday, while no new domestically transmitted cases of coronavirus were reported on the Chinese mainland on Wednesday, 67 new confirmed cases were recorded, up from 47 a day earlier, all of which were imported.

Also, although epicentres Hubei province and its capital Wuhan have been reporting zero cases for a while, death toll there continued to rise.

On Wednesday, six deaths were reported from Hubei province taking the death toll in China to 3,287 people and total number of cases to 81,285. In Hubei and Wuhan alone as of Wednesday 3,169 people died since January. The virus was first reported in Wuhan in December last year.

Also, Hubei reported 58 new suspected cases and nation-wide 159 people were still suspected of being infected with the virus, the NHC said.

Hubei health commission said on Thursday that 914 people were still in severe condition and another 287 in critical condition in hospitals.

As of Wednesday, the overall confirmed cases on the Chinese mainland had reached 81,285, this included 3,287 people died of the disease, 3,947 patients still being treated and 74,051 patients discharged after recovery, the NHC said.

China on Wednesday downgraded the risk level of the coronavirus in its epicentre Wuhan from high to medium and resumed bus services within the city for the first time since the nine-week lockdown.

China has decided to lift the three-month lockdown on more than 56 million people in the central Hubei province. However, the prolonged lockdown of Hubei’s capital Wuhan will end on April 8, lifting the mass quarantine over the city with a population of over 11 million.

Also, Wuhan will resume commercial flights from April 8, excluding international flights and flights to and from Beijing.

You have reached your limit for free articles this month.

Register to The Hindu for free and get unlimited access for 30 days.

Find mobile-friendly version of articles from the day’s newspaper in one easy-to-read list.

Enjoy reading as many articles as you wish without any limitations.

A select list of articles that match your interests and tastes.

Move smoothly between articles as our pages load instantly.

A one-stop-shop for seeing the latest updates, and managing your preferences.

We brief you on the latest and most important developments, three times a day.

Not convinced? Know why you should pay for news.

*Our Digital Subscription plans do not currently include the e-paper ,crossword, iPhone, iPad mobile applications and print. Our plans enhance your reading experience.

Coronavirus | Govt gives in to demands from US, Brazil, revokes blanket ban on hydroxychloroquine exports

Coronavirus fight: Trump says there’s light at the end of the tunnel with vaccine...

Health Newsresults.in - April 6, 2020
0
President Donald Trump speaks during the daily briefing on the novel coronavirus, COVID-19, in the Brady Briefing Room at the White House on...

Coronavirus fight: Trump says there’s light at the end of the...